Sam and Diane had an up-down relationship.

Diane was hard to be with.

And so was Sam.

She was a deep thinker.

So well educated that she could find problems by overthinking just about everything.

She anticipated the worst happening.

And, sometimes, her childishness made sure that it did.

Yet puzzled and, more accurately, often annoyed and frustrated by Diane.

Because he loved her.

And he hadn’t planned for that.

By series 5, episode 26 of the US sitcom Cheers, Sam and Diane had been in each other’s lives for over a hundred episodes.

And they were to be married.

Flash-forward scenes were created of them both in their eighties.

They had – finally – decided to commit.

Something Sam thought he’d never do.

And something that Diane thought Sam would never do either.

Anyhow, as is written into such things by brilliant storytellers, Diane gets the career opportunity of a lifetime on her wedding day.

And Sam, after a little persuasion, and after years of getting used to actually committing to Diane, persuades her to go.

Because he knows that she would eventually resent the decision if she stayed.

And that this would – eventually – lead to resentment of him.

Have a Good Life.

Diane leaves Cheers for, she says, 6 months to explore this opportunity.

Sam smiles as Diane leaves and climbs the steps outside the bar.

And Sam repeats quietly, as he stands alone,

The dance scene plays the episode out.

It’s the dance, at the end of their lives, that they would never dance.

Because, instead, Diane chose to have a good life.

I was with a girl once.

And I thought that, maybe, she was the one I wanted to live with.

She may well have been.

Because the one thing I did know is that she was not the one I wanted to die with.

And because of that then – clearly – we couldn’t live together either.

To have a good life.

Here’s the end scene from Cheers that I am talking about. 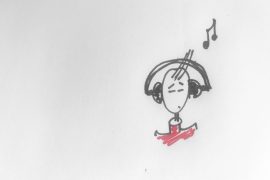 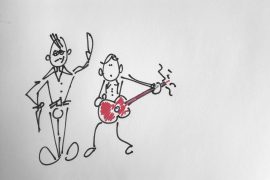 UP IN A BALLOON. 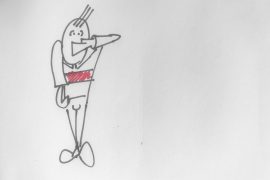